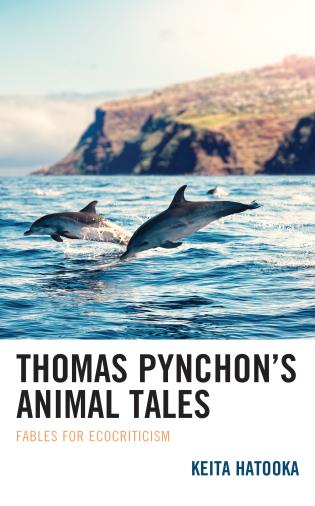 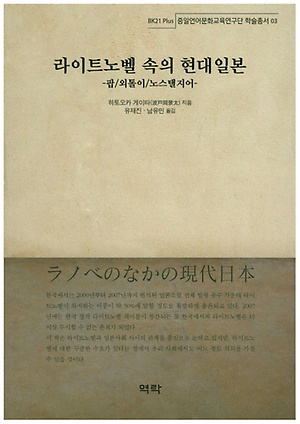 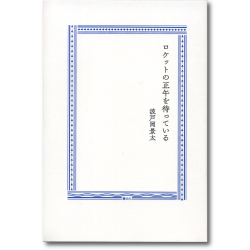 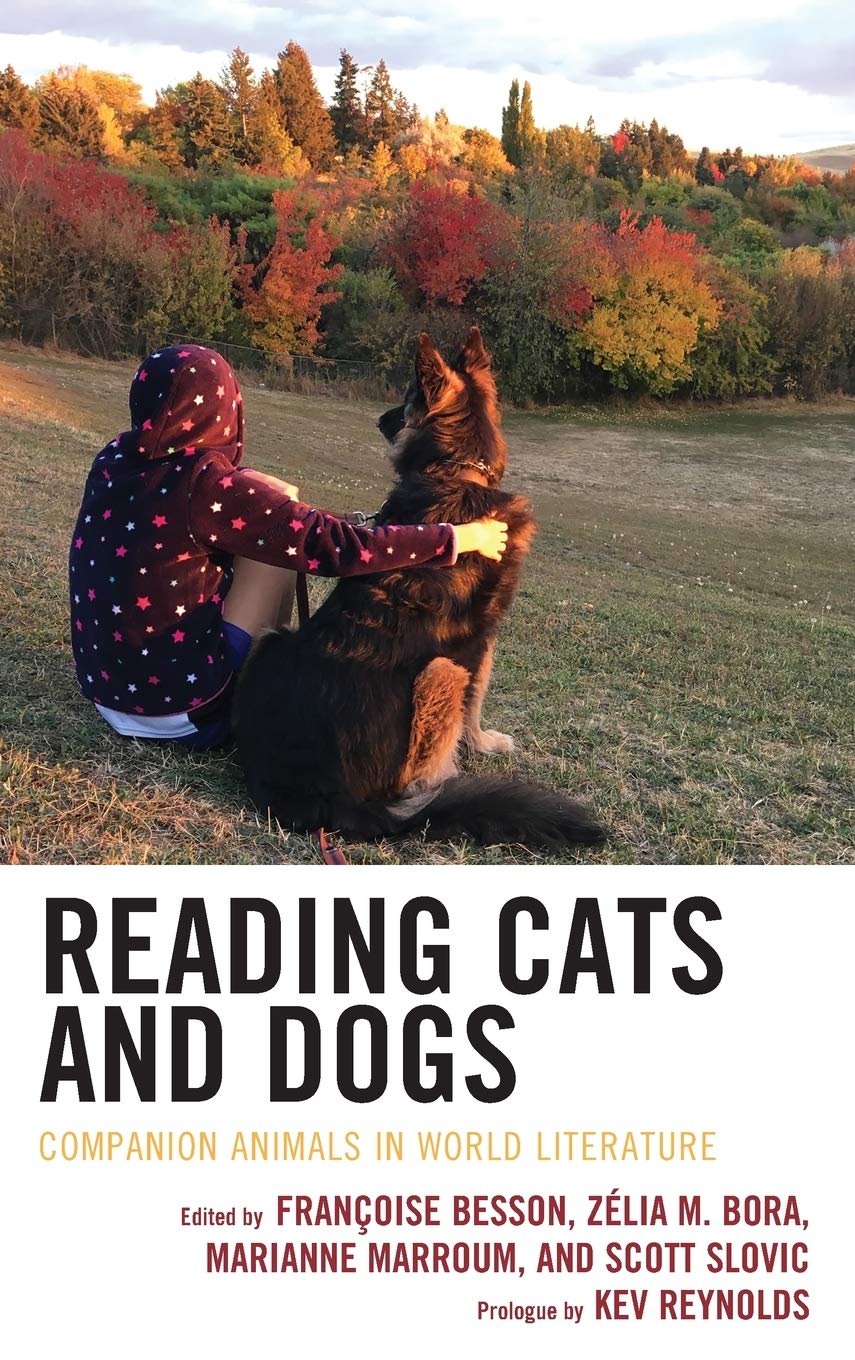 “If dogs could talk / They would tell lies like me,” writes Shuntarō Tanikawa, one of Japan’s most prominent contemporary poets, in his poem “A Lie” (Naked; my trans.). Since his impressive debut with five poems published in a literary magazine in 1950 and the collection of free verse Two Billion Light-Years of Solitude (1952), he has not only published almost a 100 collections of poetry but has also become well-known throughout Japan through his simple and, at times, humorous poems. This includes his lyrics for the theme song to Astro Boy (1963), the first TV cartoon broadcast in Japan. His popularity is due to his humanistic messages and simple, heartfelt language. However, Tanikawa states forthrightly that he doubts language can truly be useful when communicating with his loved ones, as shown in the opening lines of “A Lie.” A little boy, the narrator of this poem, is confused by his mother who tells him not to lie, because he thinks he probably cannot help telling lies. He guesses that she has also lied before and been hurt, justifying the lying by supposing that even dogs would do so if they could speak. The poem’s subject implies that a lie can be placed even at the center of mother–child communication; the feelings of life are always translated falsely and misrepresented through human language.

As a poet for children, Tanikawa has little difficulty making dogs talk. He has anthropomorphized the dog by adapting Aesop’s Fables. As a translator, he introduced the thoughts of Snoopy, the beagle of Peanuts, to Japanese readers. Moreover, he revived mysterious old rhymes as brand-new Japanese poems in Mother Goose Rhymes. However, as a modern poet, he carefully walks around language with his imaginary dog. In the poem “Sidewalk Shop,” Tanikawa metaphorically describes the language, and its meaning would be a casing and filling tube of sausage, saying “[if you] hang the sausages in the window of the shop, / Hungry dogs will come irresistibly” (Floating the River in Melancholy; my trans.).

Sometimes Tanikawa’s dog unintentionally steps on a collection of poems dismissed on the street. The collection is one of the books that nobody would read and whose lines, words, and verses are becoming meaningless and return to the air. In such a miserable scene, Tanikawa’s dog happens to walk alone on the street. “Just after treading on the collection of poems soaked in the rain,” writes the poet, “The dog suddenly returns and sniffs it, / And then wags its tail” (Shi Ni Tsuite; my trans.; 84–85). Within the context of the poem’s metaphor, the dog seems to take a great interest in human language. The poet captures the dog’s interest, not through words but by turning those words into the very air, allowing the dog to sniff the air.

The Future of Translation

The speed and accuracy of AI translators, such as Google Translate and DeepL, might surprise you. However, it is almost impossible for them to write paragraphs in a logical structure. This is precisely because the structure of the writing can hardly be rearranged without the permission of the author, whereas the word order in one sentence has to be more flexibly changed by a translator. Writing involves combining words, but it is equally important to note that it involves combining sentences. Of course, if Al translators ever begin to change the combinations of sentences and paragraphs, it means that they will begin to create rather than merely to translate.

Nettle is notorious for its rough leaves that sting you. It might surprise you that some patients in the Middle Ages tried to cure rheumatism by rolling over a carpet of nettles. This fact also reminded me of Vernon Scannell’s poem whose first line goes, “My son aged three fell in the nettle bed.” You can find not only harm, but also tenderness in the metaphor of the “nettle bed,” precisely because nettle tea can soothe your nerves and help you to fall asleep easily.
Recently, my wife and I have been drinking nettle tea at night after our children go to bed. Perhaps the tea affects me, but I need to add a secret ingredient: my children’s sleeping faces that will never know the stinging pain of the nettle.

The Soundscape of Fahrenheit 11/9

If you listen to a movie without watching a screen, you'll find out how many different sounds there are. Today, I was not watching but listening to Michael Moore's Fahrenheit 11/9 while driving on route 246. I knew that Moore was a talented director who can combine shots and sounds dramatically, but it was almost shocking to realize the soundscape of his film is more vivid than its visual impact. Even though Fahrenheit 11/9 deals with the negative side of the 45th President of the USA, the sounds mainly consisted of Moore's own narration and classical and pop music that seemed not to need the close-ups of the face of the president. I think this is because the director's script is good enough to read it on its own. Such an experimental experience would lead you to discover the unknown possibilities of a film.

It was in 2016 that I saw Kentaro Kobayashi's outstanding miming solo on the spotlit stage at Iwaki Performing Arts Center. The performer was running there as if he was really trying to catch up with his alter ego. Even though my seat was located a little bit far from the stage, it never bothered me. He was running while going nowhere, and so it felt like the time was beginning to stream backward to leave him there forever. The show was titled Leap Year, and it would have been performed this year again if the world had not drastically changed like this. 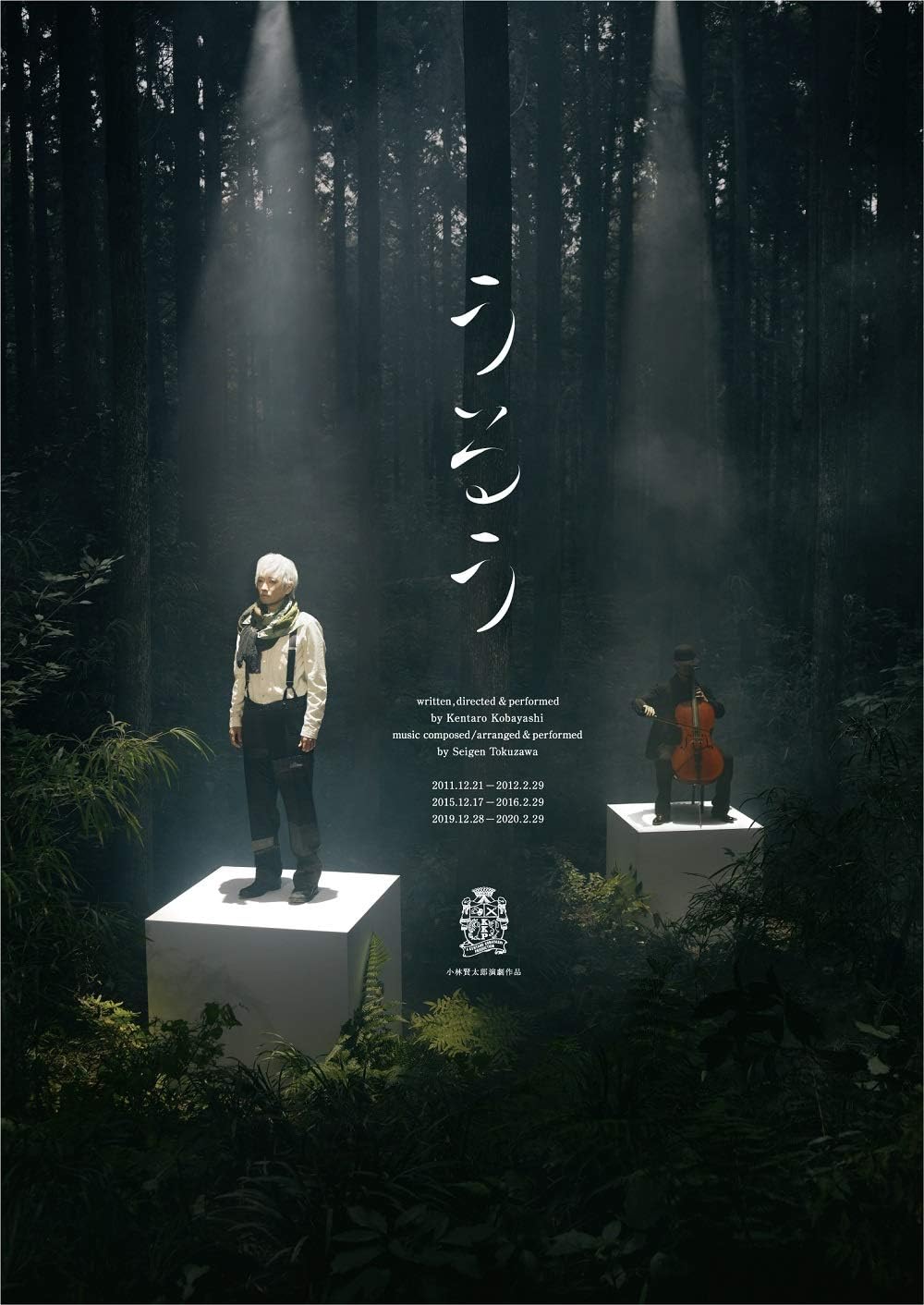 Have you ever listened to Marvin Gaye's "What's Going On" in a totally different context from the Vietnam war?

In 1970, it was sung as a protest song against the war and the establishment of the time, but after May 2020, it's become an anthem for some people who cannot help raising their voices for BLM.

"Don't punish me with brutality / Talk to me / so you can see," sings Gaye.

It's still amazing for me how sweetly he could sing this line, even though he was furious about what was going on in the world then.

If you listen to it repeatedly, you'll be able to manage your anger and know what you should do tomorrow. 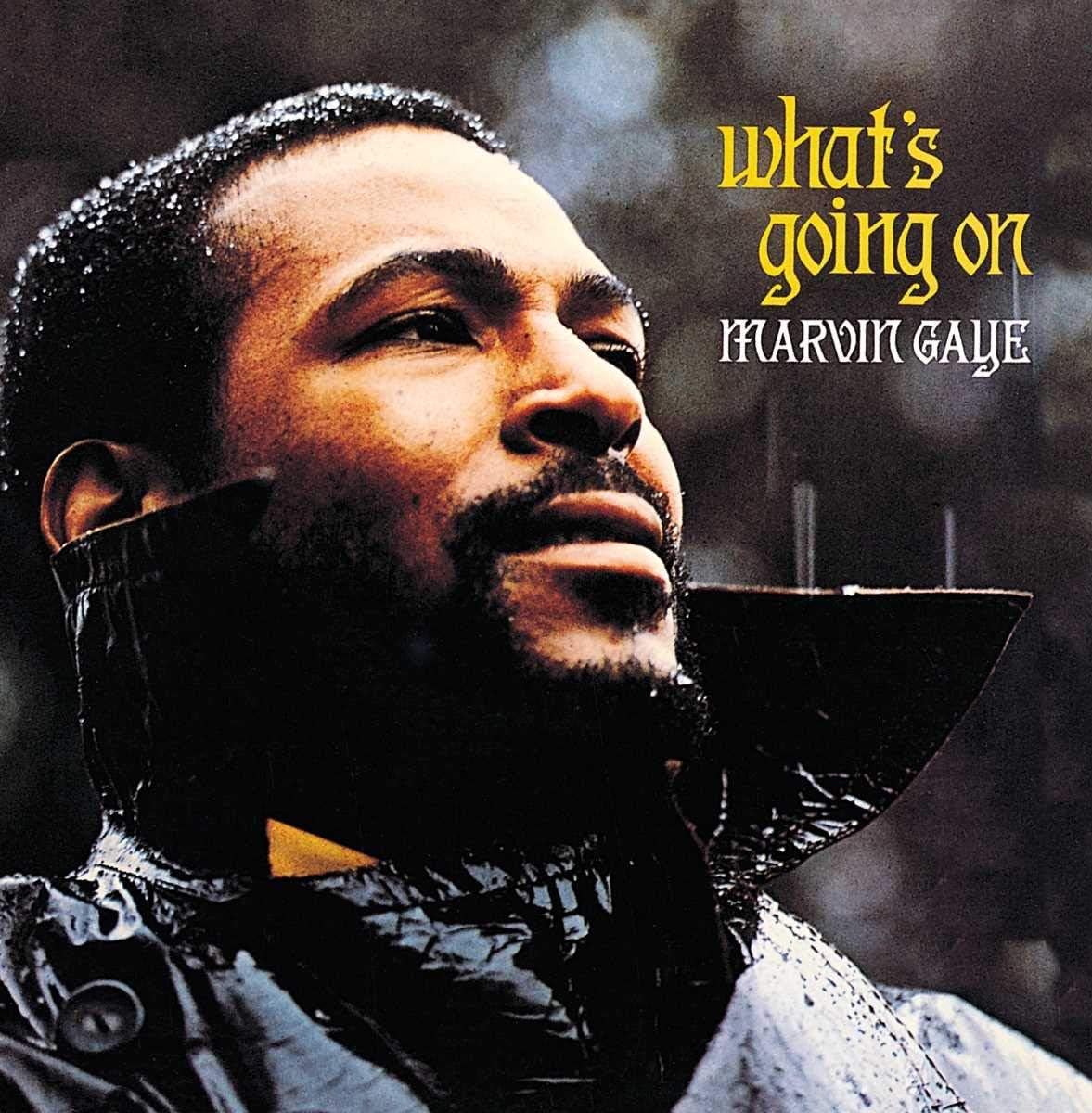 It's quite amazing how fast the time passes while you're staying home! I've just found out how long my blog has been silent now. These five months of silence were tough but worthy for me because l was able to devote almost all my energy to teaching online. Actually, the average time it takes me to create a 30-minute movie should be 6 hours: two hours writing the content; an hour recording; two hours editing of the movie; and one more hour to check and revise it. Yes, that's why my time flies like an arrow!

The Possibility of the Fieldworks

If they had said a year ago that we wouldn’t be allowed to go abroad to research in the coming academic year, nobody would have believed it. Now, that such an unbelievable story has come true, I'm truly aware of how important it is to revisit the settings of literary works to discover something you'd overlook without the fieldworks. Last year, I was offered to contribute to a new collection of essays on the possibility of the fieldworks being a scholarly method and tried to combine my travelogues set in Germany and Sado Island. Last week, I received a copy of the new book published by Tamagawa UP and felt how far I've come since then. Fortunately, however, I could have the rare experience of being encouraged by rereading my own article to make sure what I've done is right. 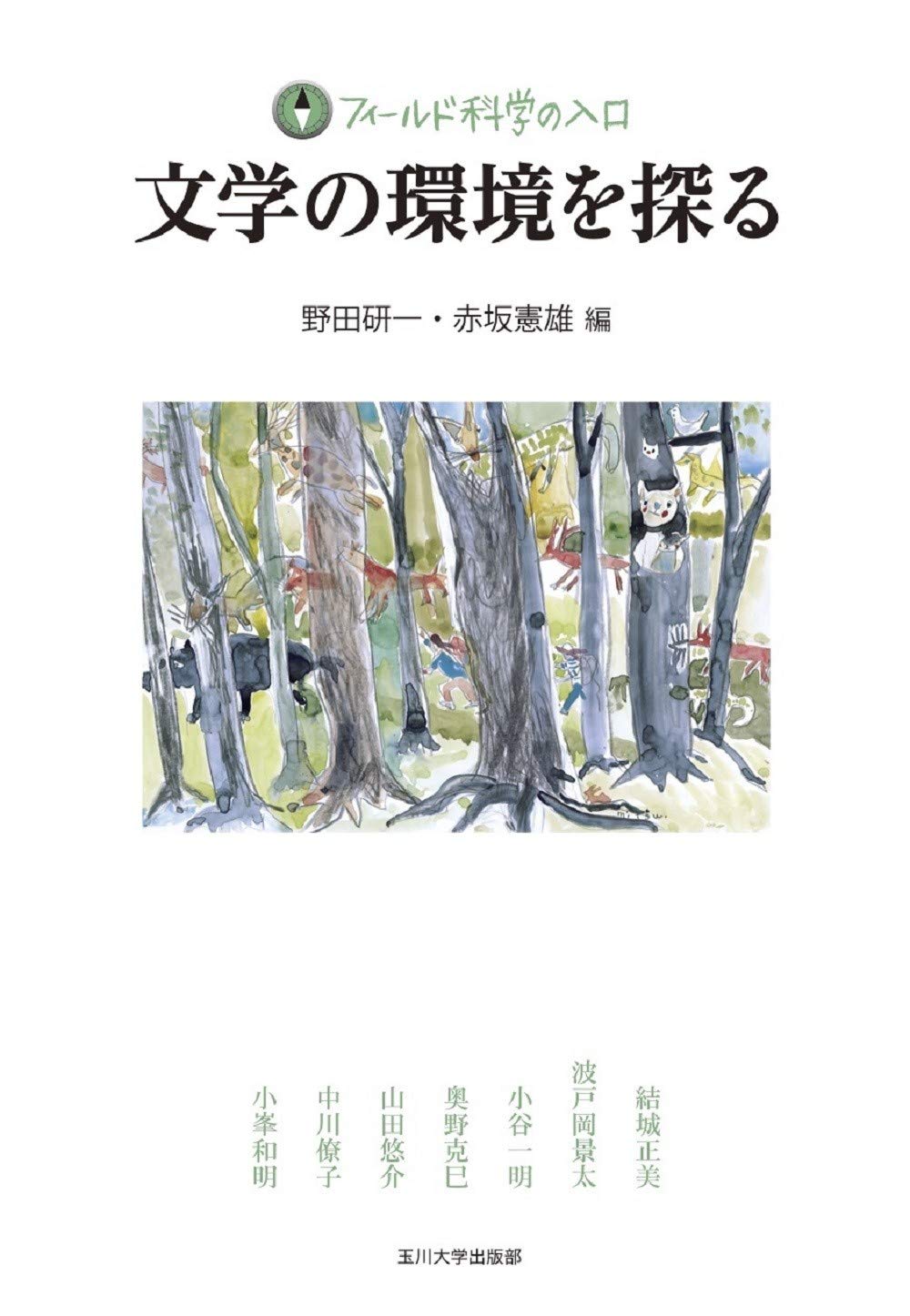 We've Been Here Before

These days I've found myself humming Harry Styles's "Sign of the Times," trying to figure out where we're going now. The final lines of this song are: "Will we ever learn? We've been here before. It's just what we know." Somehow these lines remind me of Hakushu Kitahara's "Kono Michi" (This Street), but this Japanese nursery rhyme is about nostalgia, a sentimental longing for the past. However, Styles's statement with this song can be described as "solastalgia," which could be defined as a variation of nostalgia toward the present and future. Styles's solastalgia is not only a pessimistic feeling, though. Repeatedly singing "just stop your crying," he's persuading us that even such sentimentality is nothing but "a sign of the times."

Thinking on the Kindle

Every time I click to open the Kindle app and see the silhouette of the boy reading under the big tree, I unintentionally smile because the shape of the tree is elegantly modified to help him read with the natural eave of its branches. Nowadays, the Kindle has almost become one of the bare necessities for academic life in the field of literature. I have installed the app on every PC of mine, synchronizing them to the E-ink reader called Kindle Paperwhite. Representing the surface of real paper with its high-tech material and adopting a screen without backlight to let the reader enjoy reading in the sunlight, the Kindle has succeeded in mesmerizing us to live naturally and eco-consciously in the computer age.

While the origin of the word "Kindle" is said to be "candle," ironically "to kindle" can mean "to set something [including books] on fire." "Thursday, October 17, 1650. [. . .] the colony’s hangman, Thomas Bell, dropped a book onto a fire. He had kindled the flames late that morning near the crossroads[.]" I quote this line from David M. Power's book Damnable Heresy which deals with the first book banned in the US. The author of the first burned book was William Pynchon... yes, an ancestor of the famous reclusive novelist Thomas Pynchon.

The news of Pynchon's works like Gravity's Rainbow finally being available on Kindle is still fresh in our memories, but recently the argument of whether the e-book would become a trigger for today's book burning seems to have abated. Especially because of the increasingly powerful stay-at-home movement, some bestselling novelists who haven’t had to release e-book editions of their works have become compelled to do so. With a complicated feeling, I've found myself reading my Kindle in my garden because of my working from home. . .

Trusting the Power of the Voice

Recently, I've been sitting in front of the microphone to record my online lessons, trying to make them closer to face-to-face ones. Because of using only sound, it's not accurate to say that my online classes will be equivalent to "face-to-face," but sometimes the auditory images can have stronger communicative power than through video. Of course, if you want to make your listeners feel they are with you virtually, you'll need some speaking skills and proper background music. Moreover, what you should keep in mind is that your listeners aren't anonymous but specific people, each of who has a real "face." I hope my attempts can encourage my students directly and brilliantly to devote themselves to the depth of literature and language!